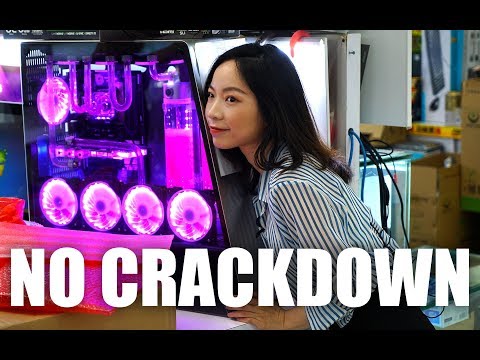 Note: you can read this on GitHub (link), Medium (link) or old Reddit (link) to see all the links.

dcrd: Version 1.3.0 RC1 (Release Candidate 1) is out! The main features of this release are significant performance improvements, including some that benefit SPV clients. Full release notes and downloads are on GitHub.
The default minimum transaction fee rate was reduced from 0.001 to 0.0001 DCkB. Do not try to send such small fee transactions just yet, until the majority of the network upgrades.
Release process was changed to use release branches and bump version on the master branch at the beginning of a release cycle. Discussed in this chat.
The codebase is ready for the new Go 1.11 version. Migration to vgo module system is complete and the 1.4.0 release will be built using modules. The list of versioned modules and a hierarchy diagram are available here.
The testnet was reset and bumped to version 3.
Comments are welcome for the proposal to implement smart fee estimation, which is important for Lightning Network.
@matheusd recorded a code review video for new Decred developers that explains how tickets are selected for voting.
dcrwallet: Version 1.3.0 RC1 features new SPV sync mode, new ticket buyer, new APIs for Decrediton and a host of bug fixes. On the dev side, dcrwallet also migrated to the new module system.
Decrediton: Version 1.3.0 RC1 adds the new SPV sync mode that syncs roughly 5x faster. The feature is off by default while it receives more testing from experienced users. Other notable changes include a design polish and experimental Politeia integration.
Politeia: Proposal editing is being developed and has a short demo. This will allow proposal owners to edit their proposal in response to community feedback before voting begins. The challenges associated with this feature relate to updating censorship tokens and maintaining a clear history of which version comments were made on. @fernandoabolafio produced this architecture diagram which may be of interest to developers.
@degeri joined to perform security testing of Politeia and found several issues.
dcrdata: mainnet explorer upgraded to v2.1 with several new features. For users: credit/debit tx filter on address page, showing miner fees on coinbase transaction page, estimate yearly ticket rewards on main page, cool new hamburger menu and keyboard navigation. For developers: new chain parameters page, experimental Insight API support, endpoints for coin supply and block rewards, testnet3 support. Lots of minor API changes and frontend tweaks, many bug fixes and robustness improvements.
The upcoming v3.0 entered beta and is deployed on beta.dcrdata.org. Check out the new charts page. Feedback and bug reports are appreciated. Finally, the development version v3.1.0-pre is on alpha.dcrdata.org.
Android: updated to be compatible with the latest SPV code and is syncing, several performance issues are worked on. Details were posted in chat. Alpha testing has started, to participate please join #dev and ask for the APK.
iOS: backend is mostly complete, as well as the front end. Support for devices with smaller screens was improved. What works now: creating and recovering wallets, listing of transactions, receiving DCR, displaying and scanning QR codes, browsing account information, SPV connection to peers, downloading headers. Some bugs need fixing before making testable builds.
Ticket splitting: v0.6.0 beta released with improved fee calculation and multiple bug fixes.
docs: introduced new Governance section that grouped some old articles as well as the new Politeia page.
@Richard-Red created a concept repository sandbox with policy documents, to illustrate the kind of policies that could be approved and amended by Politeia proposals.
decred.org: 8 contributors added and 4 removed, including 2 advisors (discussion here).
decredmarketcap.com is a brand new website that shows the most accurate DCR market data. Clean design, mobile friendly, no javascript required.
Dev activity stats for August: 239 active PRs, 219 commits, 25k added and 11k deleted lines spread across 8 repositories. Contributions came from 2-10 developers per repository. (chart)

Obelisk posted 3 email updates in August. DCR1 units are reportedly shipping with 1 TH/s hashrate and will be upgraded with firmware to 1.5 TH/s. Batch 1 customers will receive compensation for missed shipment dates, but only after Batch 5 ships. Batch 2-5 customers will be receiving the updated slim design.
Innosilicon announced the new D9+ DecredMaster: 2.8 TH/s at 1,230 W priced $1,499. Specified shipping date was Aug 10-15.
FFMiner DS19 claims 3.1 TH/s for Blake256R14 at 680 W and simultaneously 1.55 TH/s for Blake2B at 410 W, the price is $1,299. Shipping Aug 20-25.
Another newly noticed miner offer is this unit that does 46 TH/s at 2,150 W at the price of $4,720. It is shipping Nov 2018 and the stats look very close to Pangolin Whatsminer DCR (which has now a page on asicminervalue).

www.d1pool.com joined the list of stakepools for a total of 16.
Australian CoinTree added DCR trading. The platform supports fiat, there are some limitations during the upgrade to a new system but also no fees in the "Early access mode". On a related note, CoinTree is working on a feature to pay household bills with cryptocurrencies it supports.
Three new OTC desks were added to exchanges page at decred.org.
Two mobile wallets integrated Decred:
Reminder: do your best to understand the security and privacy model before using any wallet software. Points to consider: who controls the seed, does the wallet talk to the nodes directly or via middlemen, is it open source or not?

Targeted advertising report for August was posted by @timhebel. Facebook appeal is pending, some Google and Twitter campaigns were paused and some updated. Read more here.
Contribution to the @decredproject Twitter account has evolved over the past few months. A #twitter_ops channel is being used on Matrix to collaboratively draft and execute project account tweets (including retweets). Anyone with an interest in contributing to the Twitter account can ask for an invitation to the channel and can start contributing content and ideas there for evaluation by the Twitter group. As a result, no minority or unilateral veto over tweets is possible. (from GitHub)

Attended:
For those willing to help with the events:


BAB: Hey all, we are gearing up for conference season. I have a list of places we hope to attend but need to know who besides @joshuam and @Haon are willing to do public speaking, willing to work booths, or help out at them? You will need to be well versed on not just what is Decred, but the history of Decred etc... DM me if you are interested. (#event_planning)
The Decred project is looking for ambassadors. If you are looking for a fun cryptocurrency to get involved in send me a DM or come talk to me on Decred slack. (@marco_peereboom, longer version here)

Decred Assembly episode 21 is available. @jy-p and lead dcrwallet developer @jrick discussed SPV from Satoshi's whitepaper, how it can be improved upon and what's coming in Decred.
Decred Assembly episodes 1-21 are available in audio only format here.
New instructional articles on stakey.club: Decrediton setup, Deleting the wallet, Installing Go, Installing dcrd, dcrd as a Linux service. Available in both English and Portuguese.
Decred scored #32 in the August issue of Chinese CCID ratings. The evaluation model was explained in this interview.
Satis Group rated Decred highly in their cryptoasset valuation research report (PDF). This was featured by several large media outlets, but some did not link to or omitted Decred entirely, citing low market cap.
Featured articles:
Articles:
Videos:

Community stats:
Comm systems news:
After another debate about chat systems more people began testing and using Matrix, leading to some gardening on that platform:
Highlights:
Reddit: substantive discussion about Decred cons; ecosystem fund; a thread about voter engagement, Politeia UX and trolling; idea of a social media system for Decred by @michae2xl; how profitable is the Obelisk DCR1.
Chats: cross-chain trading via LN; plans for contractor management system, lower-level decision making and contractor privacy vs transparency for stakeholders; measuring dev activity; what if the network stalls, multiple implementations of Decred for more resilience, long term vision behind those extensive tests and accurate comments in the codebase; ideas for process for policy documents, hosting them in Pi and approving with ticket voting; about SPV wallet disk size, how compact filters work; odds of a wallet fetching a wrong block in SPV; new module system in Go; security of allowing Android app backups; why PoW algo change proposal must be specified in great detail; thoughts about NIPoPoWs and SPV; prerequisites for shipping SPV by default (continued); Decred vs Dash treasury and marketing expenses, spending other people's money; why Decred should not invade a country, DAO and nation states, entangling with nation state is poor resource allocation; how winning tickets are determined and attack vectors; Politeia proposal moderation, contractor clearance, the scale of proposals and decision delegation, initial Politeia vote to approve Politeia itself; chat systems, Matrix/Slack/Discord/RocketChat/Keybase (continued); overview of Korean exchanges; no breaking changes in vgo; why project fund burn rate must keep low; asymptotic behavior of Decred and other ccs, tail emission; count of full nodes and incentives to run them; Politeia proposal translations and multilingual environment.
An unusual event was the chat about double negatives and other oddities in languages in #trading.

StopAndDecrypt published an extensive article "ASIC Resistance is Nothing but a Blockchain Buzzword" that is much in line with Decred's stance on ASICs.
The ongoing debates about the possible Sia fork yet again demonstrate the importance of a robust dispute resolution mechanism. Also, we are lucky to have the treasury.
Mark B Lundeberg, who found a vulnerability in atomicswap earlier, published a concept of more private peer-to-peer atomic swaps. (missed in July issue)
Medium took a cautious stance on cryptocurrencies and triggered at least one project to migrate to Ghost (that same project previously migrated away from Slack).
Regulation: Vietnam bans mining equipment imports, China halts crypto events and tightens control of crypto chat groups.
Reddit was hacked by intercepting 2FA codes sent via SMS. The announcement explains the impact. Yet another data breach suggests to think twice before sharing any data with any company and shift to more secure authentication systems.
Intel and x86 dumpsterfire keeps burning brighter. Seek more secure hardware and operating systems for your coins.
Finally, unrelated to Decred but good for a laugh: yetanotherico.com.

This is the 5th issue of Decred Journal. It is mirrored on GitHub, Medium and Reddit. Past issues are available here.
Most information from third parties is relayed directly from source after a minimal sanity check. The authors of Decred Journal have no ability to verify all claims. Please beware of scams and do your own research.
Feedback is appreciated: please comment on Reddit, GitHub or #writers_room on Matrix or Slack.
Contributions are welcome too. Some areas are collecting content, pre-release review or translations to other languages. Check out @Richard-Red's guide how to contribute to Decred using GitHub without writing code.
Credits (Slack names, alphabetical order): bee, Haon, jazzah, Richard-Red and thedecreddigest.

German WriteUp "What is Proof Of Capacity"

Business Insider UK spoke with University of Cambridge Research Fellow Garrick Hileman about cryptocurrency mining and the countries that are best suited for it and why China produces the most ... Thanks for watching ! SUBSCRIBE to receive more videos for free. Shot Taiwanese Bitcoin Miner Blames Trading Crackdown in China The regulatory crackdown on bitcoin trading in mainland China has ... Bitcoin mines like this makeshift operation located in Northeast China are what keep the bitcoin network up and running. Motherboard will visit the secretive... "Bitcoin Mining is Banned in China" - this was the headline that ran on Western media. This is far from the truth! Mining is well and alive in china, and various ASICS (Bitmain Antminer s9, L3 ... In 2014, before Ethereum and altcoin mania, before ICOs and concerns about Tether and Facebook's Libra, Motherboard gained access to a massive and secretive ...